Our song “Superhelden fliegen vor” is dedicated to Jana Dehn, the first superhero and
supporter of the initiative. #forjana 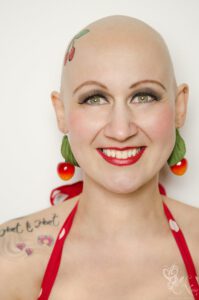 Dada Peng (songwriter and composer of the song) about his encounter with Jana:

“We got to know each other through Facebook. I am the founder of the initiative “Superheroes fly ahead -Initiative for young dying people and their friends” and Renate Werner wanted to do a
Documentary for ARTE about my work. I asked Jana if she would like to be part of the
documentation and she said spontaneously and directly: yes.

In recent years, I have been particularly active during my readings and visits within the
hospice movement, and met a lot of people who lost a beloved partner, friend or even a child.

When I know before performances that dying people sitting in the audience, I am always more tense and excited than usual.

Of course a picture like “Superheroes fly ahead” is a comforting thought for the bereaved. When
a young person is diagnosed with a fatal disease, one feels this in the first moment as particularly tragic. But when death is no longer seen as the end, but rather as a more than the goal in mind, perhaps this perspective can be changed a little.

For me life is a 10km marathon. We all run like stupid, we all start at the start and we all will reach the finish sometime. On the way we meet one or the other, stay at our side for a while, overtake us or stay behind. Those who reach the finish line first, those who die early, are superheroes for me. They are the fastest, the coolest, they are the ones who
at the finish line, chill the drinks and cheer on those who follow during the running-in.

To share these thoughts with someone who, according to a fatal diagnosis, has only a few weeks to live is a challenge for me too. This was the case with Jana. She was in her mid-30s and diagnosed with cancer. When I asked her about her life expectancy, she told me in April 2018 that she wanted to hold out until the Mark Foster concert next January. She did not make it. But in her last months I was allowed to get to know her and her husband Jens, her life, her views and attitudes to life and learn from her. For me she is the ultimate superhero in the sense of our initiative. The first female superhero ever. 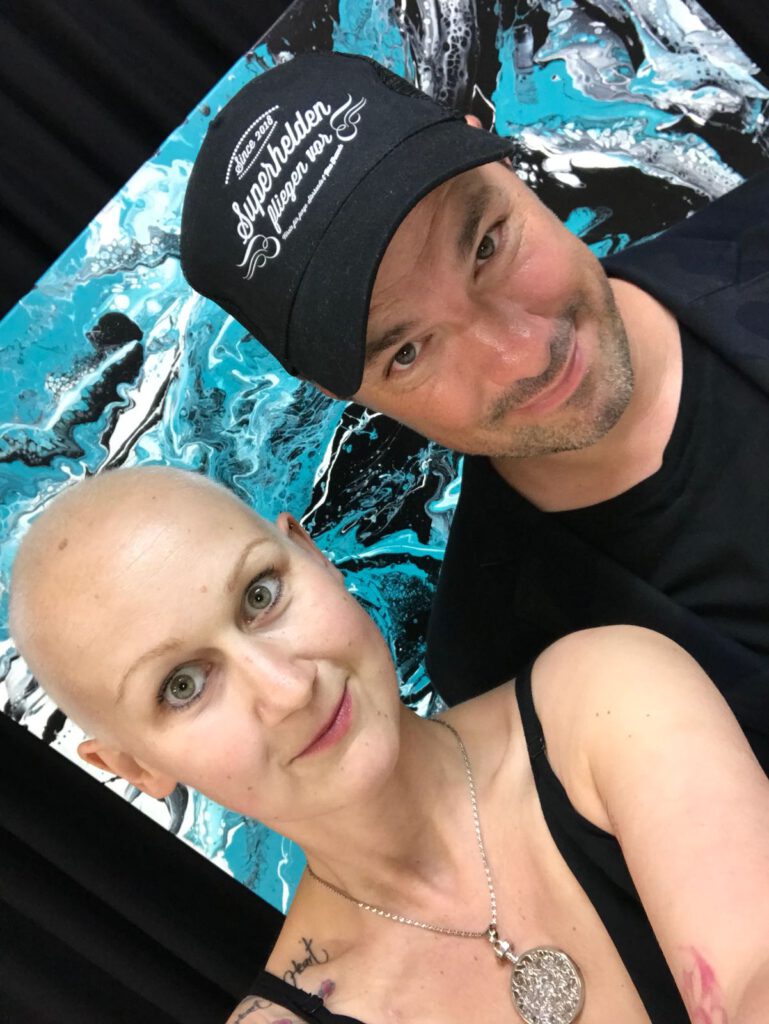 She has influenced my dealings with the dying and has kept me in contact with them until the end and beyond her death.
She encouraged me to spread the image of the superheroes and the idea behind it. About Janas death I learned
via WhatsApp when her husband wrote me a message about Jana’s account: “Jana died today at 14.15.
Jana fell asleep peacefully in my arms. Greetings Jens”
I had talked extensively with Jana on the phone a week before, and although she was talking about pain
and reported physical limitations, she was in a good mood. We laughed and compared to many other phone calls that I make every day, it was a lively, positive, a
happy conversation.

She reported how much positive feedback she received after the broadcast of the ARTE contribution, how she enjoyed the meeting with old friends and of course how shitty it was to feel powerless, to feel helpless towards her disease. But she did not even complain. Not a single time.

After I had a gin and tonic on Jana, on her life and on our meeting I wanted to offer my condolences to Jens. I had already typed in the first lines:
Dear Jens, how terrible. I am infinitely sorry….”

Then I thought of Jana and of what we had agreed on our first phone call. I remembered
how  difficult it was to call her dying by name. I kept saying things like: “In your situation” or “if they have your diagnosis” and things like that. At some point I said: “Jana, I notice all the time that it is difficult for me to speak openly, because I do not want to offend you and also do not want to hurt your feelings in any way. But if that’s okay with you, I would like to simply say what I think and if at any point you feel uncomfortable with it…then say it, okay?” Jana just replied: “Yeah sure, no problem!”

And then we maintained this direct and open communication. For me one of the biggest gifts that Jana left me. To talk fearless, value-free and open about death.

When I tried to write Jens back at WhatsApp, I realized that I was resisting. Already the first sentence “How awful! – why horrible? Jana and I had agreed that we can always say what we really think, what we want to say from the heart. Why shouldI no longer do that just because she died?

So I deleted the already typed text and wrote:

“Dear Jens, dear Jana! I firmly believe that death is a transition from the one to another  state of existence. But I also know that it is very difficult to leave a loved behind as well as to stay behind. I wish you both much strength, courage and hope! You have influenced  me and our idea of the superheroes. My phone calls with Jana have had a direct influence on the course of the initiative. I am very grateful for this! Jana was the first affected person who said to me: “Stay with the initiative. Do that! We are all
Superheroes, I’m a superhero too, I will fly ahead.” Dear Jana, you are our first superhero and I will not get tired of telling about you! Dear Jens, I want to  thank you too and wish you all the best for the next time. If you like, please get in touch!”

I was not present at Jana’s funeral. 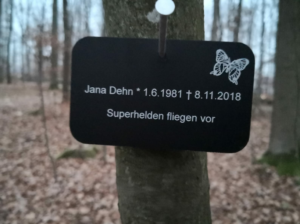 When Jens then sent me the first pictures of the funeral via WhatsApp, I was on the one hand very touched, happy and sure that In was understood by Jana more than by many people who were still alive, who were physically more visible than her, but definitely not more present. Colorful balloons flew up into the sky; Jana was buried in a peace forest, photos of Jana, her favorite things and greeting cards lay under her tree.

A memorial plaque with her name and dates of her life remind us of this wonderful woman ever since. At Jana’s request, an inscription was added to the memorial plaque. Directly above her name is written: “Superheroes fly ahead”.

Many people are afraid of facing their own mortality. Especially when young people die, we inevitably ask ourself why. I have found the answer that these people are not victims but superheroes. I look forward to the work in the initiative and would like to help to move the topic death & dying more into the center of the society. MY FINAL DAYS is a wonderful documentary on YouTube that accompanies young dying people in their last days and celebrates life! Have a look:)